Popular Nigerian Afro beats artiste Burna Boy now called “African Giant”by many of his fans, has again proved once to be the real African Giant as he, last night at his sold out show performed at the Wembley Arena London. 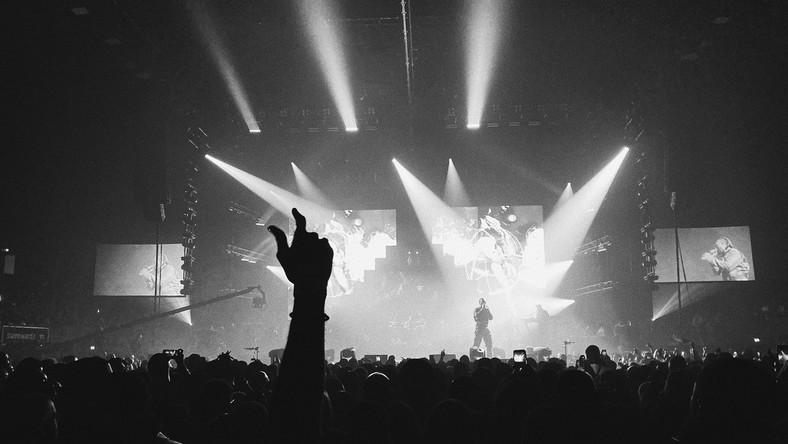 READ ALSO:  He looked like a farmer when we met, Regina Daniels speaks about billionaire husband, Ned Nwoko

The singer became the first Afro-beat act to sell out the Wembley Arena and his grand entrance at the show reflect the African Giant in him. Fans were stunned when Burna Boy flew over the massive crowd in the air to land on the stage to continue his performance.

The event, which held at SSE Arena, Wembley in London was another leg of the multi-city African Giant Tour which has already visited several cities in the US and across Europe. The SSE Arena, Wembley is a 12,500 capacity arena close to Wembley Stadium, London. Burna Boy reportedly sold it out.

READ ALSO:  Young lady who went on a date with Rema shows off her new boyfriend

The singer also had Davido an Wizkid perform alongside him on stage.

Kanye West takes to Twitter, announces that he’s running for US Presidency

If you break up with me, I’ll go on social media and accuse you of rape – Lady threatens her boyfriend

Student with the highest JAMB score, Agnes Maduafokwa, 15 others receive N16million from NSE

Agnes Egoagwuagwu Maduafokwa who emerged with the highest score in 2020 UTME, and 15 other high scoring students have been rewarded with 16 million na [...]
Read More
July 1, 2020
Entertainment

Burna Boy finally speaks on his beef with Davido

Lady laments as boy who collected her number 3 months ago refuses to toast her, shares screenshots of their chats

Was I the bad luck? – DJ Cuppy laments over Arsenal winning games after she dumped the club